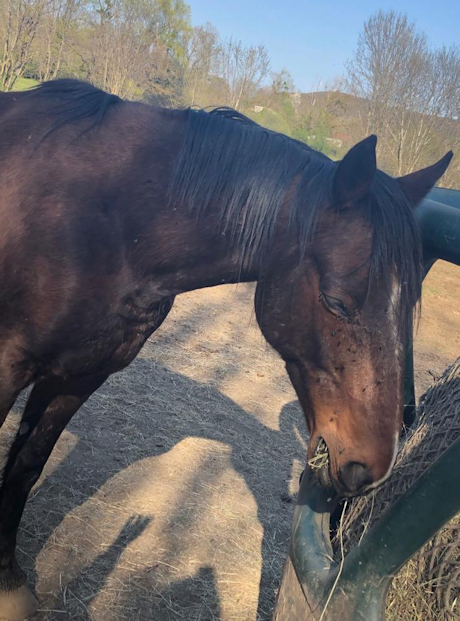 In 2017 when he arrived at Belle Ferme for a trial at the age of 8, Bouba seemed just the right sort of horse for our riding school. In the end, he hardly worked for us before being placed into early retirement, because soon after we bought him, his behaviour became very strange and difficult. Our teachers rode him, but nothing was easy. We gave him rest time, had veterinarians and osteopaths check him, and had his teeth done, but working with him remained difficult. We determined that he was not safe enough for clients to ride. Given that it would not be possible or right to sell him on, and partly because we rarely sell our horses, we decided to allow Bouba just to live out in the field and enjoy life.

What's special?
Bouba has never actually worked to earn his living. Due to his behaviour, which is most probably caused by some discomfort when being ridden, we would be quite afraid of what would become of him if he didn’t stay with us. So we are (and he is!) very grateful to all who support Saxo Association for the opportunity he has to live his life peacefully in the fields.